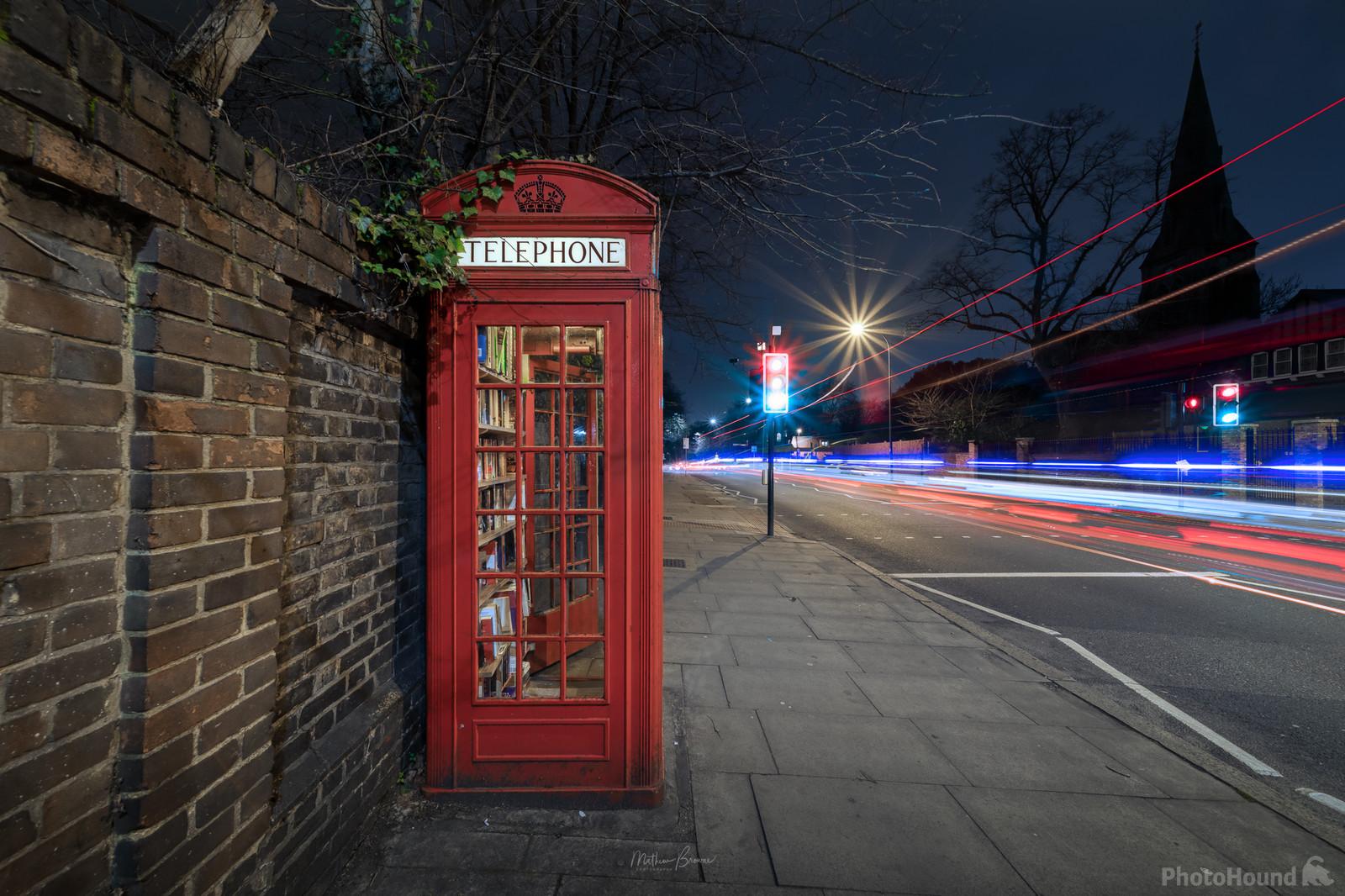 When I was researching locations for my next book, I knew that I wanted to put modern interpretations of classic London sights. The red phone box, albeit somewhat a photographic cliche, was something that feels right to include. Some of these are well preserved in the city centre and juxtapose pleasingly with more modern sights. However this phone box in Lewisham had fallen into disrepair, and repurposed by the local community as a small library.

I first visited here during the daylight hours and it was only an average composition – muggy and overcast, little middleground and background interest, some parked cars acting as a distraction. Instead I returned at night – passing cars acted as a makeshift flash to illuminate the phone booth, and during one long exposure an ambulance whizzed past, creating an interesting blue streak. Stay up to date with my latest photoshoots, tips and advice by following me on social media Join me on a workshop to learn how to take breathtaking photographs, plan your shoots and improve your post-processing techniques. A selection of my photographs on sale in a variety of sizes and finishes to suit all budgets. International shipping available.

Free UK Postage On Orders Over £50

Spend over £50 to qualify for free postage for your order.